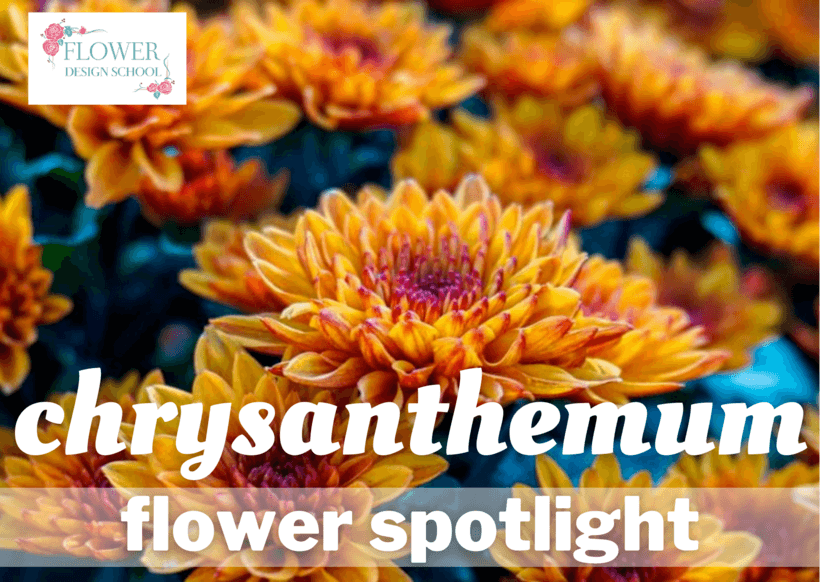 Chrysanthemums are the official birth-month flower of November and are especially popular in the fall months. Also known as mums, these hardy flowers are commonly found in gardens, but are also a great choice to include in flower arrangements. Mums offer a rich history and deep symbolism, so keep reading to learn some interesting facts about them!

Chrysanthemums were originally cultivated in China, where their roots were used as herbal remedies for headaches and their petals and sprouts were eaten in salads. They were later introduced to Japan, becoming so popular that they became a part of the emperor’s official crest. Mums were introduced to Europe in the 17th century and then imported into America in 1798.

Japan holds National Chrysanthemum Day annually, which is also referred to as the Festival of Happiness.

The name “chrysanthemum” comes from the Greek words “chrysos” (gold) and “anthemon” (flower), referring to the flowers’ original color.

In the U.S., mums are the largest commercially produced flower, and are known as the “Queen of Fall Flowers.”

In Eastern cultures, it is believed that adding a single chrysanthemum to a glass of wine will provide a long life.

Florist mums are not hardy for growing outdoors in cold climates. Tender potted mums sold in florist shops want to stay indoors with you.

Chrysanthemums are a symbol of joy, optimism, and longevity. However, sending specific colors may change the meaning slightly.

Ask Barefoot Florist to include chrysanthemums next time you send flowers! We can also use it on our next Flower Design School floristry class!